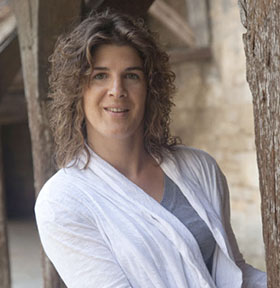 This email address is being protected from spambots. You need JavaScript enabled to view it.

Domaine Cécile Tremblay now grows 9.88 acres out of the 17.3 acres of the family estate, located in several areas, from Nuits Saint Georges to the grand cru areas of Echezeaux and Chapelle Chambertin. She has adopted eco-friendly practices for the whole vineyard (certified by Ecocert). The soils are ploughed mechanically and with a horse. A reasonable use of pest treatments, using copper sulfate to prevent against mildew and other fungi parasites. Usually treatments are complemented with liquid manures (or herbal teas) to reinforce copper action.

The pruning varies according to the vineyard plots, either short cane pruning (young vines) or spur pruning (old vines), so as to control the yields and produce great wines. A thorough debudding is done at spring time.

Edouard Jayer was a cooper in Nuits Saint Georges before he joined the army in 1914 for World War 1, during which he will become a French Army Officer. In 1921, he married Esther Fournier, a vineyard owner, they established their estate and expanded it over the years.

In 1950, the vineyard was shared amongst 5 children. Renée, their youngest daughter, put her share under metayage system (crop-sharing).

Her only daughter, Marie Annick, and her husband expanded the estate in 1986 while keeping it under metayage system until 2002. After studying wine, their daughter Cécile decided to take over the family vineyard. Thus Domaine Cécile Tremblay was born, on Jannuary 1st 2003.

Your favourite quality in a woman ?

Her ability to handle several things at a time.

A nice christmas dinner and my first bottle of Henri Jayer (Echezeaux 1988 : sumptuous !)

The person with whom I am living !

Putting the most beautiful, ripest, soundest grapes I can in the vats.