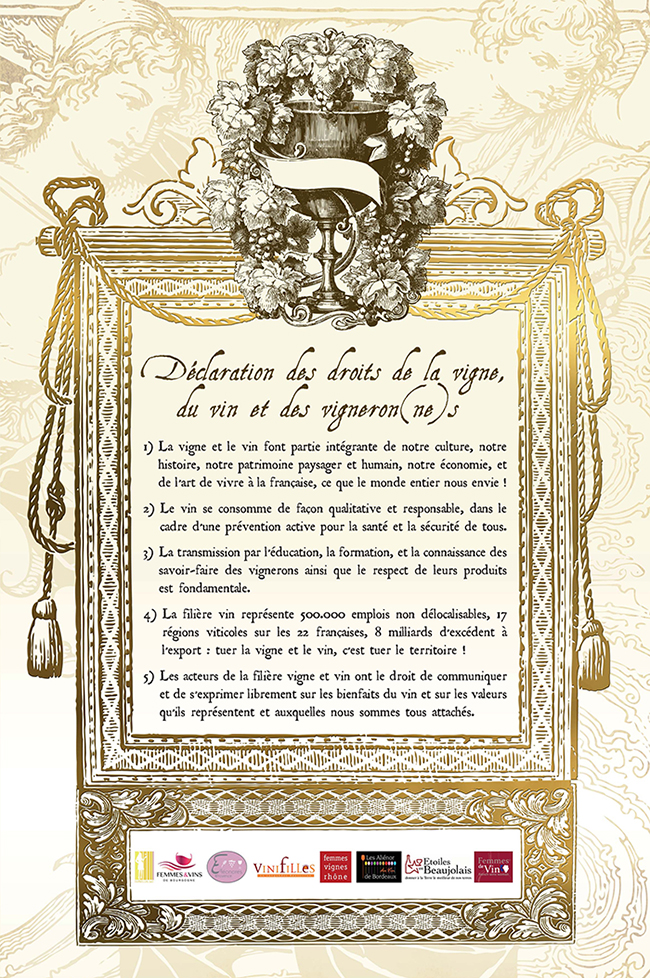 The "Femmes de Vin" club is the national representative body for all the regional associations; its aims are to actively defend the values and interests of everything related to wine in general. 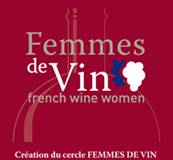 The new team
The club has just elected a new committee.
"Femmes de Vin" was formed in 2009, on the occasion of the Vinexpo wine fair of the same year, by Chantal Pegaz (Etoile en Beaujolais association) and Marie-Laurence Saladin (Femmes Vignes Rhône association); it covers today, 7 regional associations and some 200 members in all.

Acting as a form of fellowship to support businesswomen in wine, it also enables such information as technical, commercial and legal matters to be exchanged;

the newly elected team will ensure that the club's principles are upheld with some new goals.

More and more action in the interests of wine ! – this means its culture, its heritage, its economy, in fact its very nature!!
A major objective of the "Femmes de Vin" club is to impose itself as an important lobby, one to be contended with, seen and heard – in other words, the VOICE of wine. It wants to be involved and consulted in government decisions, just as professional organizations, have its own website and be active on social internet networks. Whenever the opportunity arises, club members want to be able to express the importance of this unique culture: wine.
With this in mind, the club will concentrate on means of educating and informing the public on wine in general and the positive aspects when consumed in moderation; the first stage will be in Autumn, on the national theme day for schools "Ecoles en vendanges" when the subject of the grape harvest will be studied.

During the Vinexpo 2013 wine fair, "Femmes de Vin" will issue a formal proposal in opposition to the "comportementale" tax to be levied on wine by the government.

UNESCO world heritage and the Burgundy « climats » or vineyards.

The case for the Burgundy "climats" was approved and submitted by France in 2012 and came under scrutiny by the UNESCO selection committee on 20 January 2012; in the meantime, however, 2 other sites were listed for their cultural and geological interest: the Chauvet caves and the volcanoes in Auvergne; we are still competing but the new rule in UNESCO is that only one site can be listed in a year. 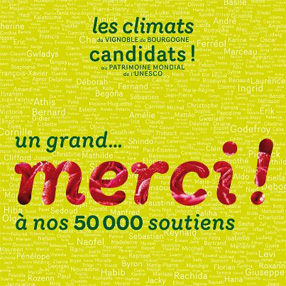 Gérard Margeon, the wine man at Ducasse company, asked Anne Parent, Athenais de Béru, Anne-Sophie Debavelaere, Béatrice Dubois and Virginie Taupenot-Daniel to fly to Japan on May 22nd and 23rd 2010, to promote Burgundy on a well-known topic: "women of wine". The five members of the Femmes et Vins de Bourgogne association will represent 16 member estates in Asia. They are invited at Alain Ducasse’s restaurant, "Beige", in Tokyo, to have their wines tasted. This weekend will end with a gastronomic dinner honouring Burgundy wines and women.

"Women and wine", a whole essay written by Fanny Lorcerie

In september 2009, Fanny Lorcerie, Dijon University of Burgundy graduate, came to present her final essay called  "Practice of tasting through the learning of terroirs".

"Le Chapitre des roses" is a traditional event in which woman has a place of honour. The wine brotherhood of The Chevaliers du Tastevin decided to associate with the Femmes et Vins de Bourgogne association, so they can get a grasp on this "Chapitre" organized every year in May, at the Clos de Vougeot castle. On saturday may 29th 2010, there will be around twenty women at the Clos’ prestigious hall to highlight the role of woman in viticulture.